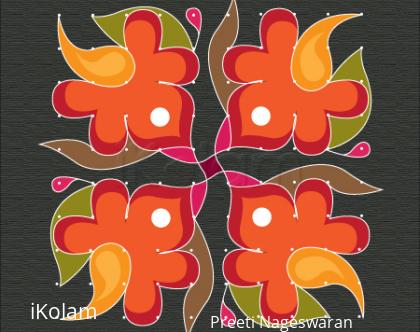 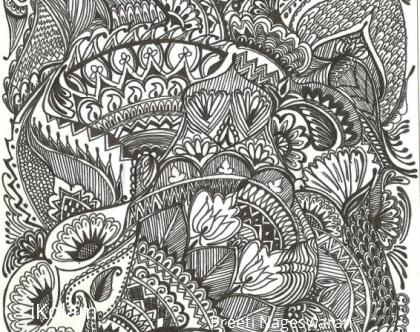 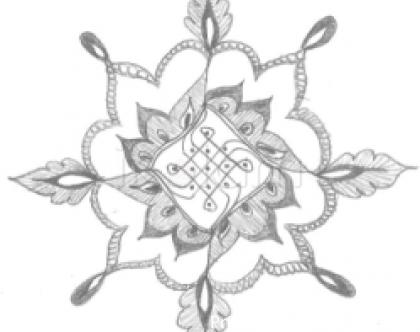 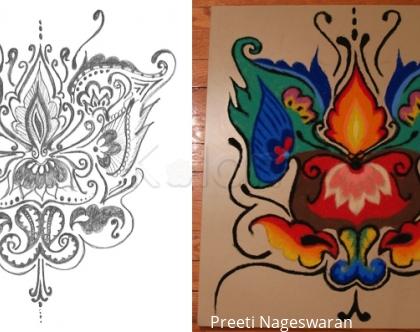 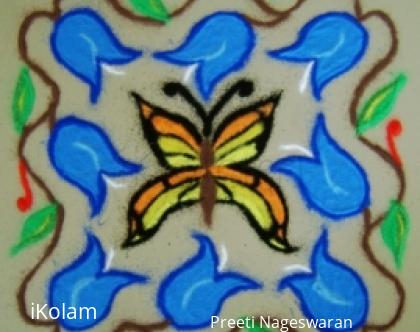 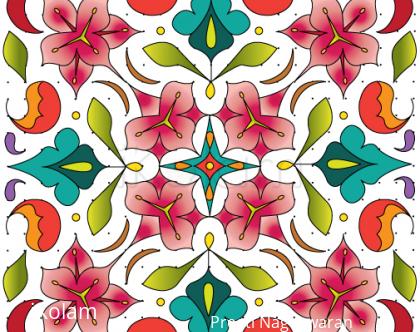 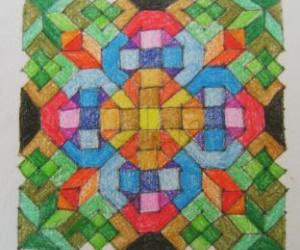 This is a 14 by 14 dot kolam coloured using colour pencils. 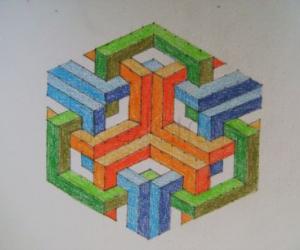 This is another hexagonal design which uses 19-10 Interlaced dots. I've used colour pencils of similar shades to achieve a 3D effect.

Second (For the want of a better name) :) 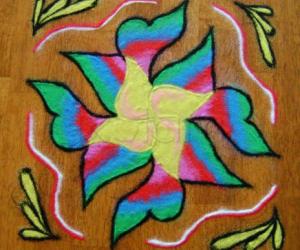 This is a kolam with 9x9 parallel dots. I tried it out with sand colours on my table :), but didn't like the look of the colours too much. I wish I had chrome yellow, sap green, a nice purple, maroon, etc. I'm dreaming big here 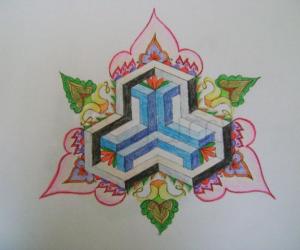 This is a slight variation of Geometric kolam 2 which uses 19-10 Interlaced dots. The outer design is freehand. 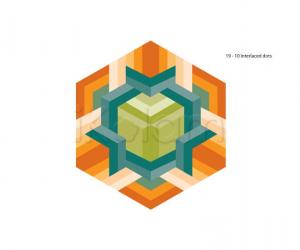 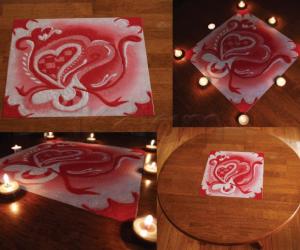 This is my submission for the Romantic Rangolis event. I've used Red, Pink and White sand. This is my first attempt at making rangolis other than helping mom fill colours 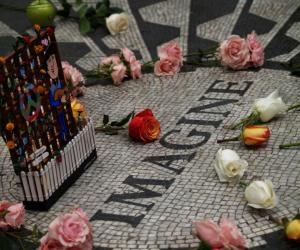 John Lennon was a rock musician, singer-songwriter, peace activist, an author, and a founding members of one of the world's most popular band that changed music forever, The Beatles. His birthday falls on the 9th of October, this year being his 69th. This man was shot to death on Dec 8th, 1980.

John Lennon's memorial is in Central Park, New York City. We were so very lucky to be in NYC on Oct 9th and this was our tribute to the legend.

'69' is an interesting number, isn't it? you flip it around and you get the same number - John was so much himself when he was a young beatle and even when he was celeberated by the world as an ambassador of peace.

(PS - The peace symbol is actually missing a leg - you know where!.)

Random mango motif that can be used in rangolis, mehndi
designs, etc. Pencil on paper.