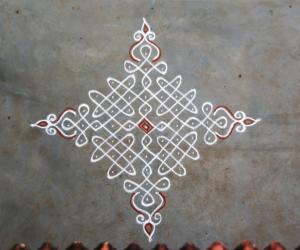 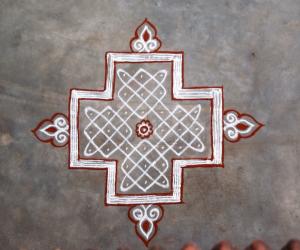 Hi friends, here is a sikku kolam with kuzhal border. The instrument used is not actually kuzhal but it is a small "Muram" shaped or a square spoon shaped instrument with holes in it. More the holes, wider the stroke. There is no lid for the instrument. Kolapodi should be taken in it and just dragged, touching the floor. It is actually difficult to draw lines or curves using this instrument than the kuzhal. Many of you would be familiar with it...! I enjoyed drawing kolam with this new invention...! 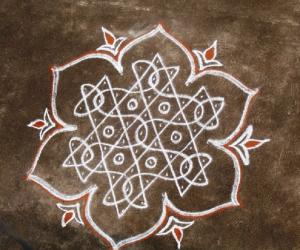 Hi friends, here is a sikku kolam with freehand border... 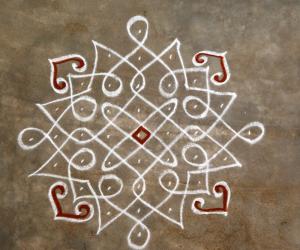 Hi friends, here is a simple sikku kolam with kaavi. 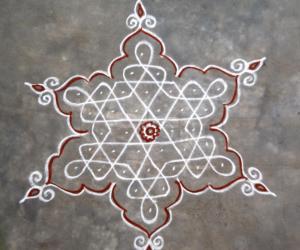 Hi friends, here is a dotted sikku kolam with freehand border with kaavi...! 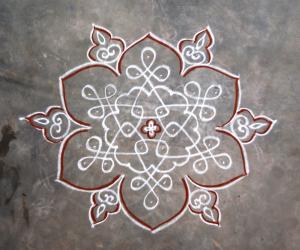 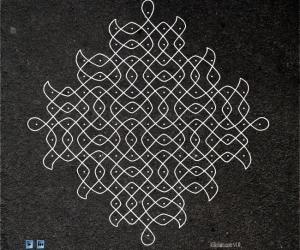 Inspired by Mrs.Rajam. Dot count: 15, 13 (2lines), 9 (2 lines), 5 (2 lines) and ending in 1 dot on all sides. I had made a colored version of the same last year and published it here. But, I had to unpublish it after an hour or so, since I didn't realize that I had published the same dotted kolam done by another member. But, this version is an animated one, as promised to Mrs.Rajam. Let me know what you think of it.

Here is the original version: http://ikolam.com/node/3382 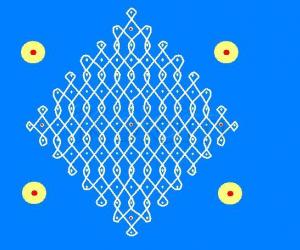 This kolam contains dots of 15 to 1, straight dots.. Hope you all like it. 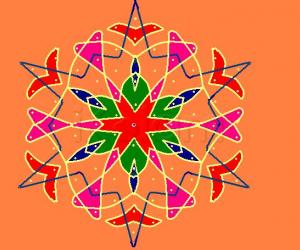 This chiku kolam has a dots count of 11 to 6, center dots.