This is the kolam I have put in front of my inlaws house after completing the " viratham " for perumal for purattasi month. 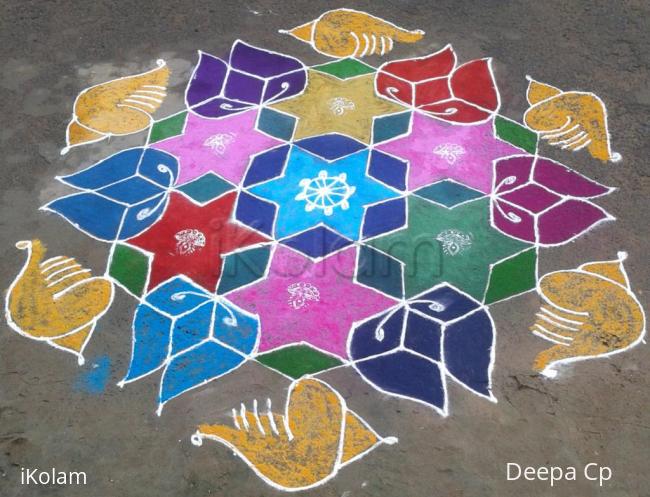 A rangOli inspired by sUrya K. 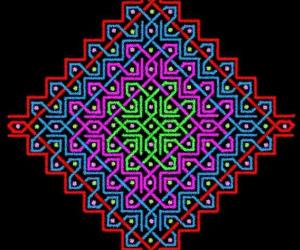 This chikku kOlam is inspired by the one submitted by sUrya K. This is the next level to her work. Also instead of keeping each of the wavy lines separate, I joined them. This has 13 lines. The dot pattern can be described in two ways - 8x8 square or 1 to 15 vertical one above the other. The levels of complexity are described below: n = 0, no of lines = 0, no of dots = 1
DOTTED KOLAM 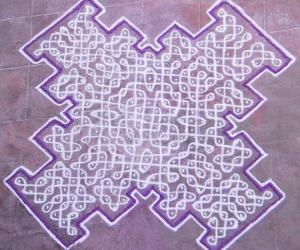 Wow your kolam looks so bright with good colour combination

wow very nice color combination and the shangu in the outer border is really beautiful.

Beautiful...I like it.Loved the colour combination and also the shankha.

Beautiful kolam - i liked the way you have coloured the sangu. Very nice.