The Ashtapathi songs are called "GEETHA GOVINDA MAHAA KAAVYAM", which is said to be the ancient form of Sringaara Kaavyams. These are full of Sringaara Rasapravaaham. In short, These songs describe the celestial love between Raadhika Devi and Krishna, The Egoistic nature of Raadhika, Her Anger towards Krishna, Her viraha thaapam (sorrow in separation), reunion and their Sallapam. This Kaavyam is composed by Sri Jayadeva Swamigal, from self experience of the Godly principle within.

Place your feet like a big sprout on my head, to alleviate the effect of the poison due to pangs of love. Let it quench the fearful fire of Cupid that burns in me.

There is an interesting story behind this verse. Jayadeva in a state of ecstasy and frenzy composed the holy Ashtapathi and this particular verse scarcely cognizant of his physical consciousness. After writing he used to review the verses and while thus going through it, was shocked to find that he had put an irreverent and ‘atrocious’ statement of Radha ‘placing her feet upon the head of Krishna, the supreme God’. Vexed, he struck out the lines and put the palm leaves aside and proceeded to the river to take oil bath. After a lapse of some time, his wife Padmavathi was surprised to find her husband return from the river with oil dripping from his hair and face and ask for the palm leaves. To her query, her husband answered that he had had a sudden inspiration to pen a new song and might forget if he did not jot it down immediately and hence returned. Padmavathi struck by this unusual behaviour of her husband, nevertheless brought out the palm leaves and writing material whereupon, Jayadeva scribbled something and went back to the bath. After the daily poojas and meals, a stunned Jayadeva commanded his wife as to who had come in the middle and written down once again what he had already deleted. Again an amazed Padmavathi reiterated that he only returned in the middle of the oil bath and scribbled something on the palm leaves and went back. Stupefied, Jayadeva found the very exact words that he had previously written reinstated back in place and realized that Sri Krishna Himself had come in his form and written the verse again. He hugged the palm leaves and beat on his chest and lamented that he, the devotee could not have a glimpse of the Almighty, but his wife without any devotional effort had seen Him. But again a thought took hold of him – wasn’t this uncomplaining, toiling Padmavathi, ever serving him putting up with his most unruly habits, a Karma Yogi, a real devotee of Him and hadn’t he neglected her as an ignorant and crude woman? When reality thus dawned upon him, he saluted his wife and penned an instant poem extolling her virtues and feeling pride in being her husband:

(I, the poet Jayadeva is in sooth the husband of Padmavathi)

Incidentally, it is only too true that God Almighty reveals His presence first to the consort of the devotee and next only to the devotee. Saint Thyagaraja, beheld the holy vision of Sri Rama, his deity, only after his wife perceived Him. 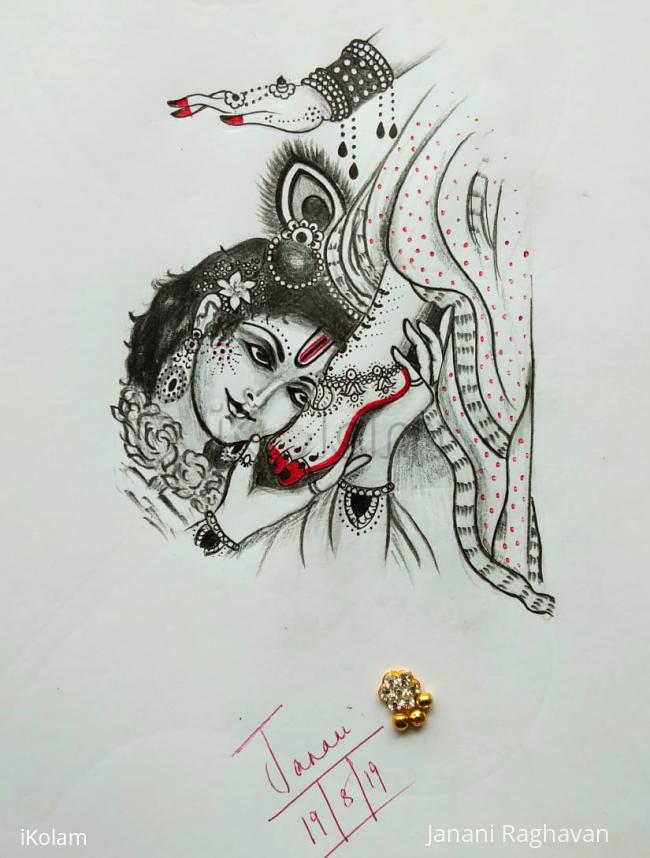 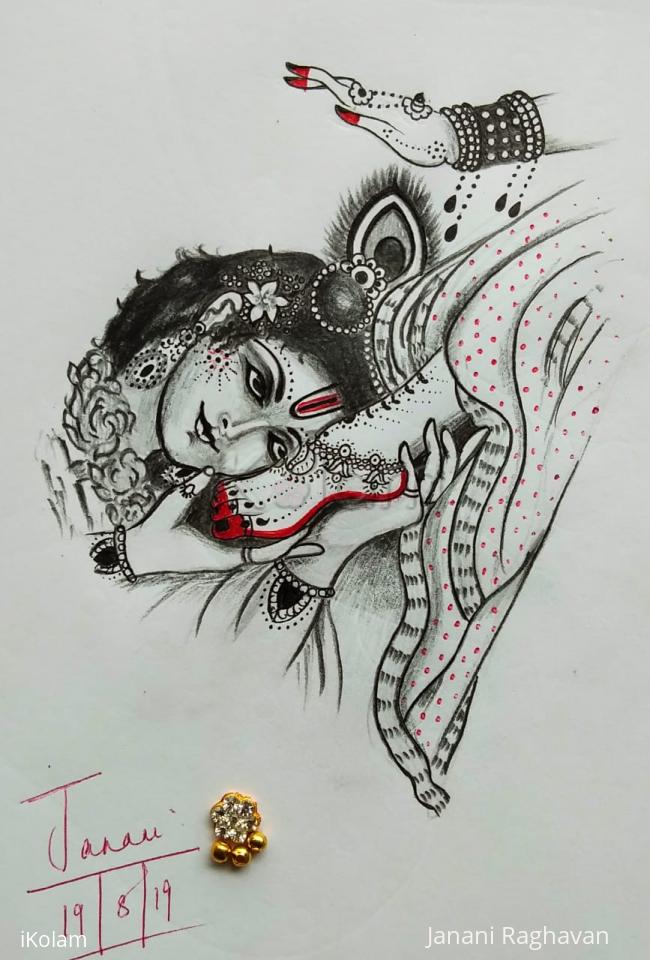 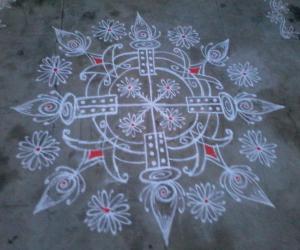 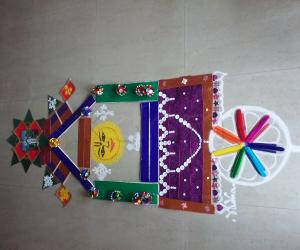 Wow! What a grand entry! I am going to come back and re-read this whenever I'd like.

Great artwork too. Thank you so much for this timely piece.