The fourth painting is about Lord vishnu in the avatar of Narasimha. After Lord Vishnu destroyed Hirayaksha, his brother Hiranyakashyap makes severe penance and gets a boon not to be destroyed by any human, animal, god or deamons, either during day or night. After this he declares himself as the lord of all the 3 worlds and becomes the enemy of lord Vishnu. He also destroys Indralok and holds all gods as his prisoners. But his own son Prahlad, is a great devotee or Lord Vishnu and he calls lord vishnu to come out of a Pillar. At this moment Lord vishnu takes the form of Narasimha who is neither and animal nor a human and kills him just during sunset, at the entrance of the door. 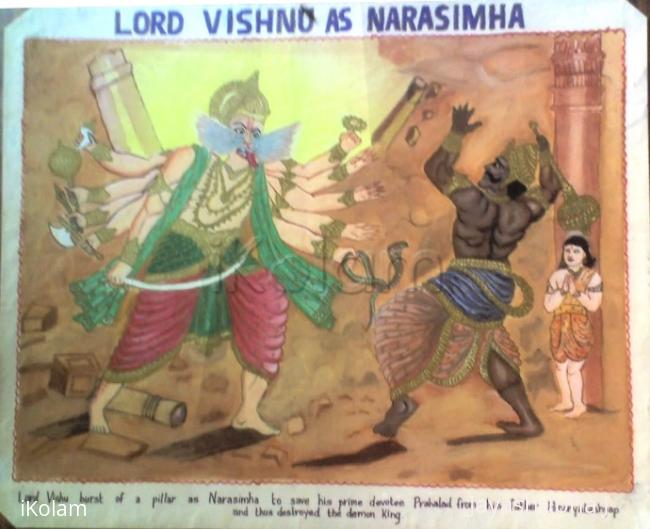 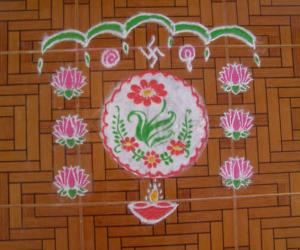 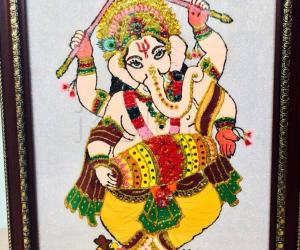 Jayasubha maam, I eagers wait to see ur paintings, this is so good.. I like the way u have drawn the demon with wonderful shading... very well done...

As Pushpa mam said the shading of demon is quite natural and the painting is so beautiful.