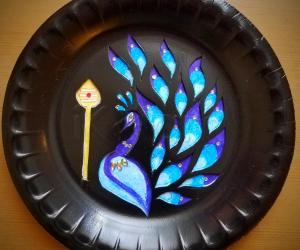 Peacock was the theme again this year for Kanda Sashti. Staying in a hotel where I couldn't make rangolis these cutwork rangolis in plates made me happy. 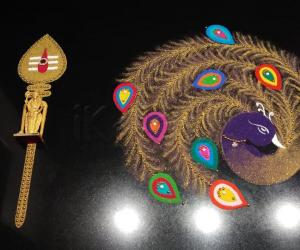 During Kanda Sashti, devotees observe six days fasting which starts from first day or Pirathamai of Karthika lunar month and ends on the sixth day which is known as Soorasamharam day. Soorasamharam is the final and the most important day of the six days festivities. It is believed that Lord Murugan defeated Demon Surapadman on the very same day and the festival of Soorasamharam is observed every year to mark the victory of good over evil.

Kanda Sashti celebrations at Thiruchendur Murugan Temple are the most famous one. The six days celebrations which start from Pirathamai of Karthika Masam culminate on Soorasamharam day. Thiru Kalyanam is observed on the next day of Soorasamharam.. 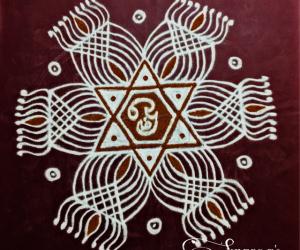 On the occasion of Skanda Shasti special! 5-3 interlaced dots. 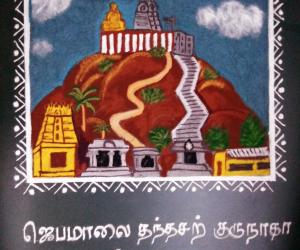 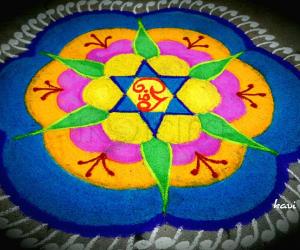 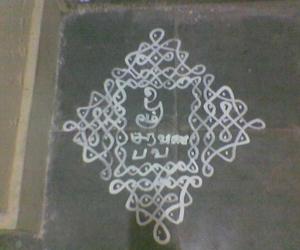 I am sharing with you the kolam I put on Skanda Shashti Day.
Dots are self-exaplanatory.
Many of you will be knowing this kolam. 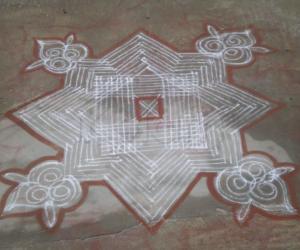 It is this year shasti kolam.This is very simple padikolam.