After seeing the quilled rangoli, I remembered my old quilled kolam saved somewhere in the PC. Thoosu thatti eduthen. I didn't have the patience to edit and submit only the kolam part.Its kind of not visible fully due to the camera angle. 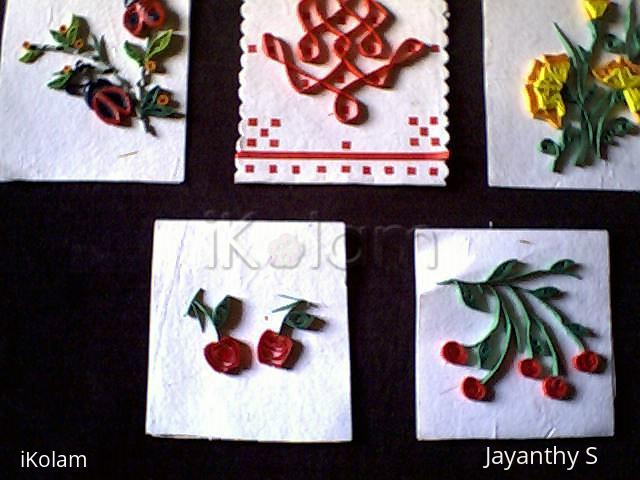 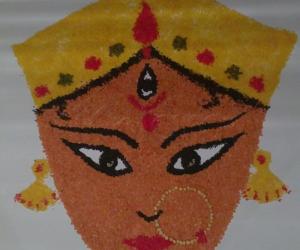 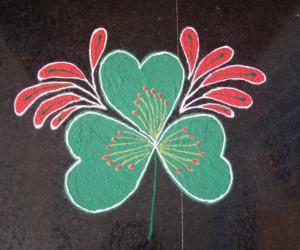 lovely quilled designs jayanthy mam....nice to see ur submission after a long gap....

dotted chikku kolam in quilling is really difficult. u have done it. Hope to see more!
rajamma

Thanks Jayanthi for digging out treasures from your old collections. The second in top row is a perfect quilled sikku kolam. Waiting for some more creations. Hope u wont dissappoint us.

Jayanthi maam its an absolute pleasure to see ur creations after so long even if they from ur old collection... the chikku kolam in the middle looks very ver pretty... looking forward to many more of such creations from ur cupboard.. also Jayanthi maam can u pls tell me which is the site from which I can download photoshop which is a safe one as well, I remember u mentioning that u had downloaded from the net... I am so desperate to experiment on it...

Good work, I like to see the chikku kOlam in greater detail.

Good work, I like to see the chikku kOlam in greater detail.

wow jayanthiji....nice collections and interesting chikku design too...looks like single strip you have used, how did you manage the overlapping? may be a demo in our next meet

Thank God you decided to 'thoosi thatti' and upload these lovely creations of yours Jayanthi - it has been ages since we had the opportunity to enjoy this... Each one is a beauty by itsellf

Thanx everyone for ur nice omments.. I did not know that this has been uploaded since I did not see it in the homepage. It is done with a single strip of paper. Wherever there is an intercep[tion, I cut the strip and continued after I cross it. It was a real time consuming work. I have not tried anything of that sort after that. After seeing Suganthy's quilled kolam, I remembered abt it.