Of all the border designs, the most popular one is the so-called paisley design.
This is nothing but a stylised version of the mango design. This design by way of
India, Persia reached the European countries like France, Holland and England in
the seventeenth century. These patterns were printed. The name paisley
owes its origin to the Scottish town Paisley. Returning soldiers and officials
brought these patterns from India. These were printed extensively on the local
textiles. Here are four border creations out of the possible seven. 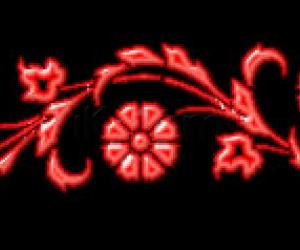