The Purva Golu 2014 is multi themed this year. Arranged over a wide area, one side is the Kalasam placed with Ganesha and decorated Marapachi bommais.
The two semi circular padis have the dolls arranged in order with Asthalakshmi and Dasavatharam and other dolls on one side while a major emphasis given to the Cholas as 2014 is the 1000th year of the coronation of the Great Raja Raja Chola. Bruhadeeshwara temple and the court of Chola king and the famous "Thalai aatti" bommais with dancing dolls, the people on horses and not to leave the "thatha and paatti selling provisions.Golu continues with the wedding set on another platform and forest and village on another.
The center steps showcase the Sapta Matrikas, the seven goddesses:Brahmani, Vaishnavi, Maheshwari, Indrani, Kaumari, Varahi and Chamunda who along with Lord Shiva set an end to the Demon Andhakasura. They are made up on lamps as base and with faces and adorned with silk sarees, jewellery and garlands. The Sapta Matrikas are seen with their respective vahanas.
Kaveripoompattinam the first port ever built by the Chola King is the inspiration behind the model built in thermocol and a water body set up in between the sunflower fields and greenery,and the light house which ends in a waterbody with boats in it.
This explains the Purva Golu 2014 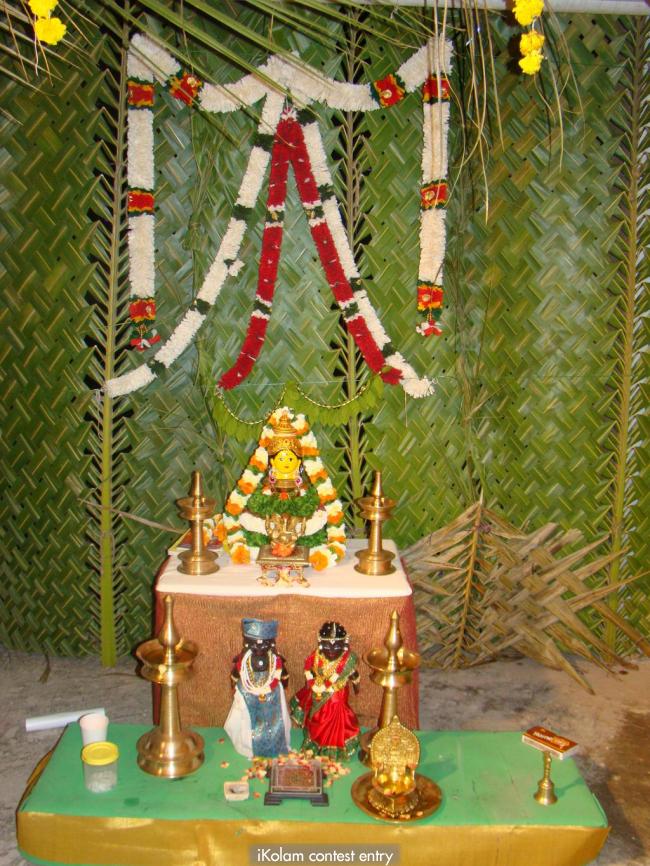 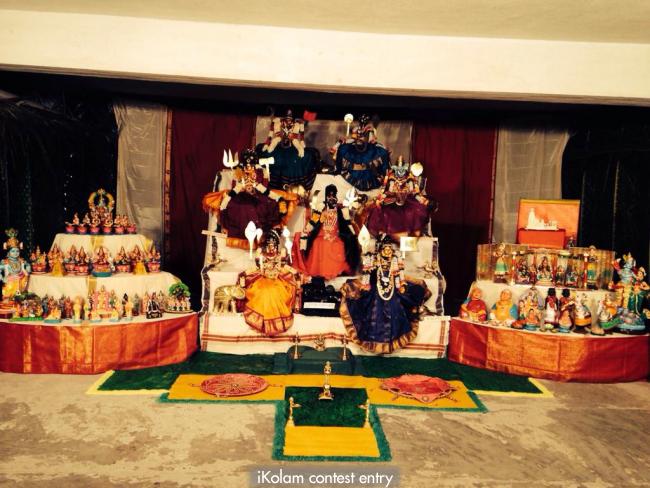 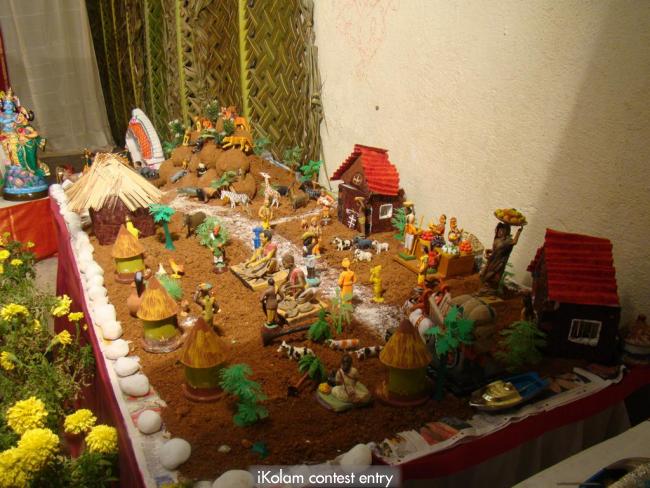 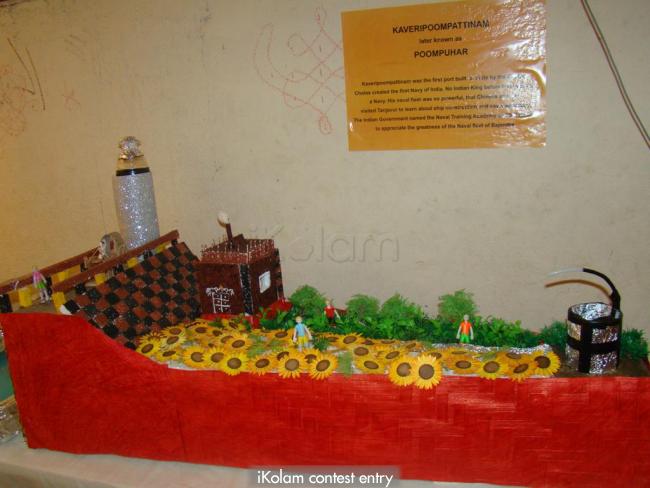 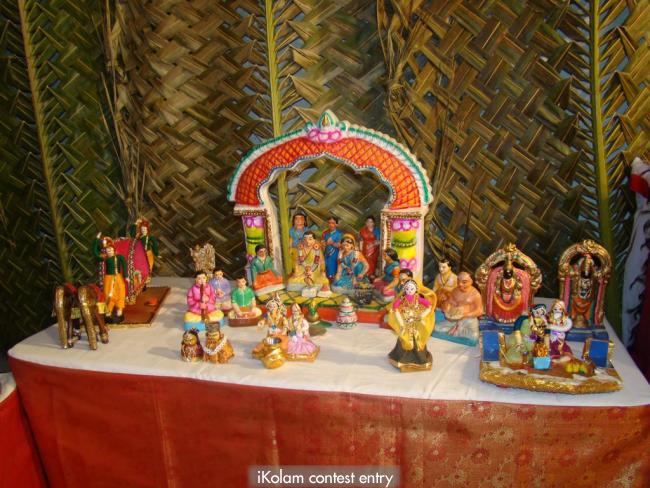 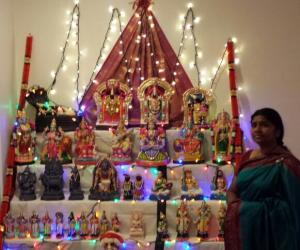 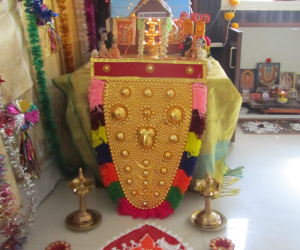 This is the first time Purva is entering a contest. Do comment on our Golu

Superb Nicely arranged by you. the village set up has come out very nicely and the collection is too good.

the Saptamathrukaas, the semi circular steps, the coconut leaf mats for background... all well done