Hello,
First of all, I would like to take this opportunity to wish all of you a ‘Happy Navarathri’. Our main Kolu is made of 7 steps. This carries dolls such as Lakshmi, Saraswathi, Ganesha, Radhey Krishna, Lakshmi Narashimar, Lakshmi Narayanar, Perumal-Thaayar, Pandurangan-Ragumayee, Ramar Set, Dasavatharam, Ashtalaklakshmi, Azhwars, Karthigai Pengal etc.

In addition to this we have a dual themed kolu this year- (i) 'Nectar of Thiruppavai' & (ii) Family Occasions.

(i). 'Nectar Of Thiruppavai' - The Tiruppavai is a collection of thirty stanzas (paasuram) in Tamil written by Andal, in praise of the Lord Perumal (Vishnu). I have selected only the important Paasurams. Here comes a brief description of them.

(ii) 'Family Occasions' - the theme 'Family Occasions' starts with a child's 'Naming Ceremony', followed by the 'Ayush Homam/Ear Piercing'', 'Upanayanam', 'Engagement', 'Wedding', 'Seemantham', 'Shastiapthapoorthi' and ends with 'Sathabhishekam''(This year's new addition). As some of these sets were not sold, I had to create them on my own. The cradle & the baby, Brahmobadesam in Upanayanam are few examples of my creation. These dolls were handmade by me.

I would also like to point out that the dressed up 'Aandaal' statue is made up of one piece. It took more than 2 hrs for me to drape the Saree for her. 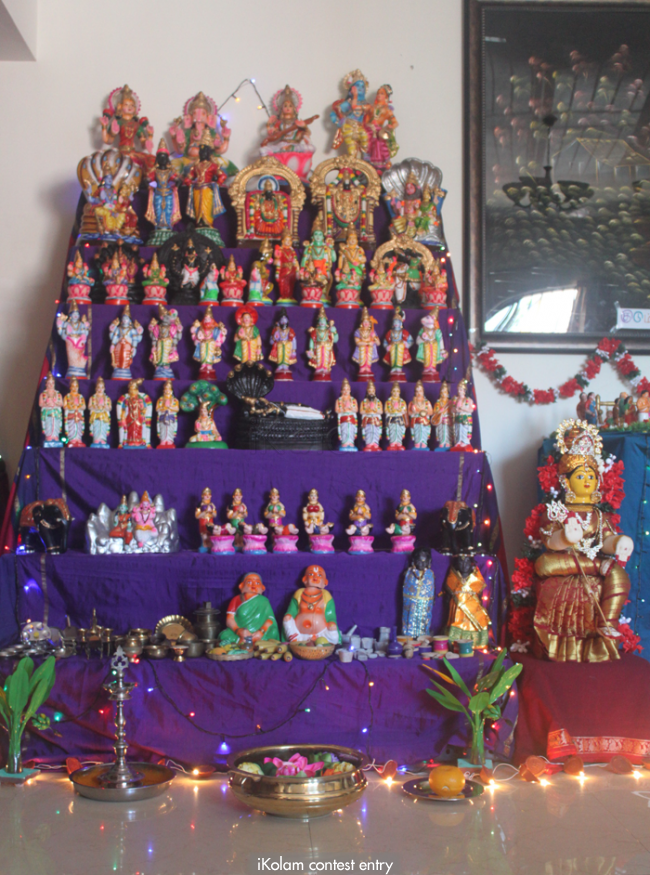 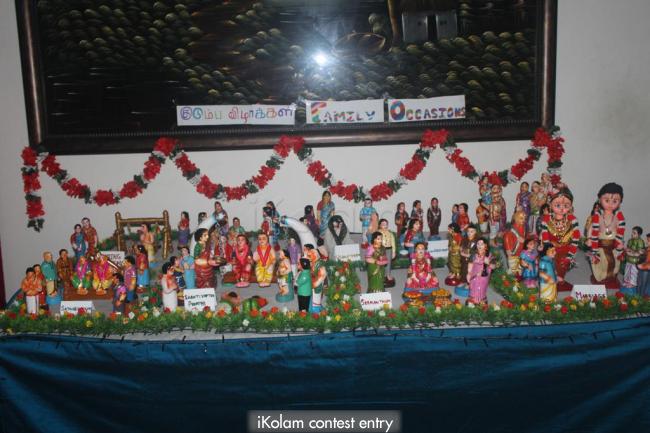 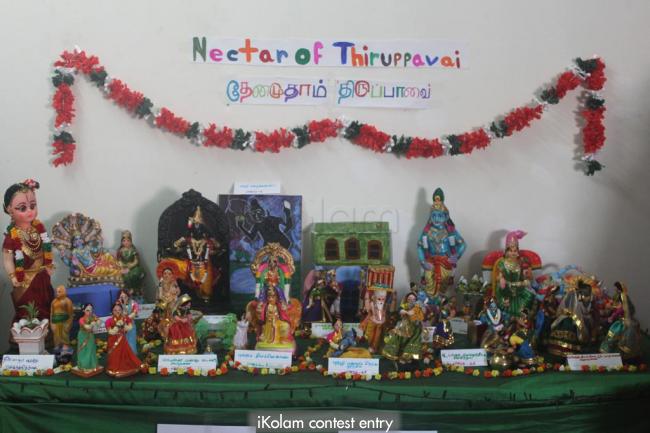 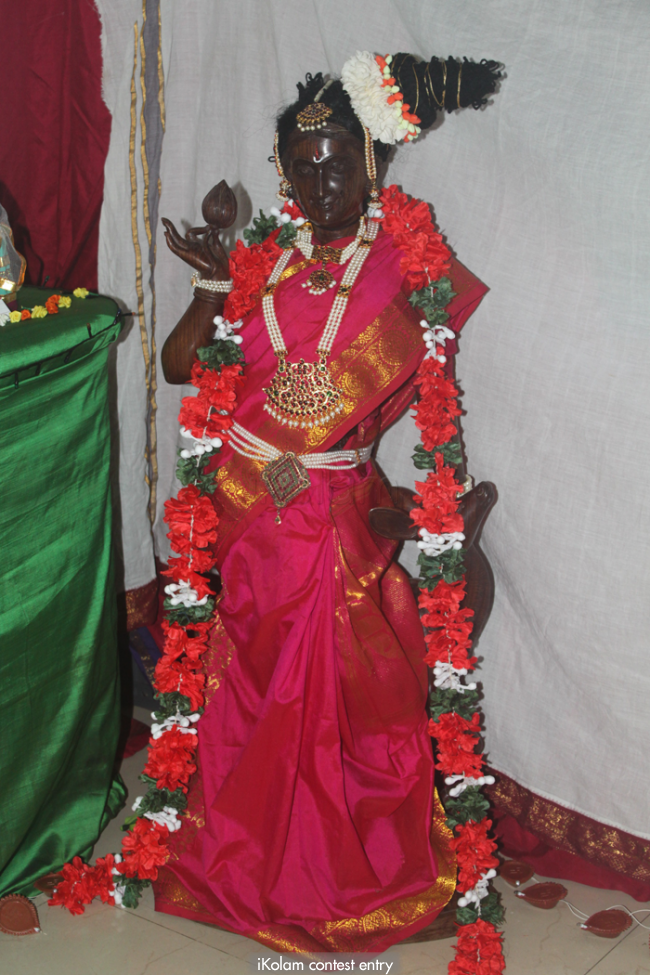 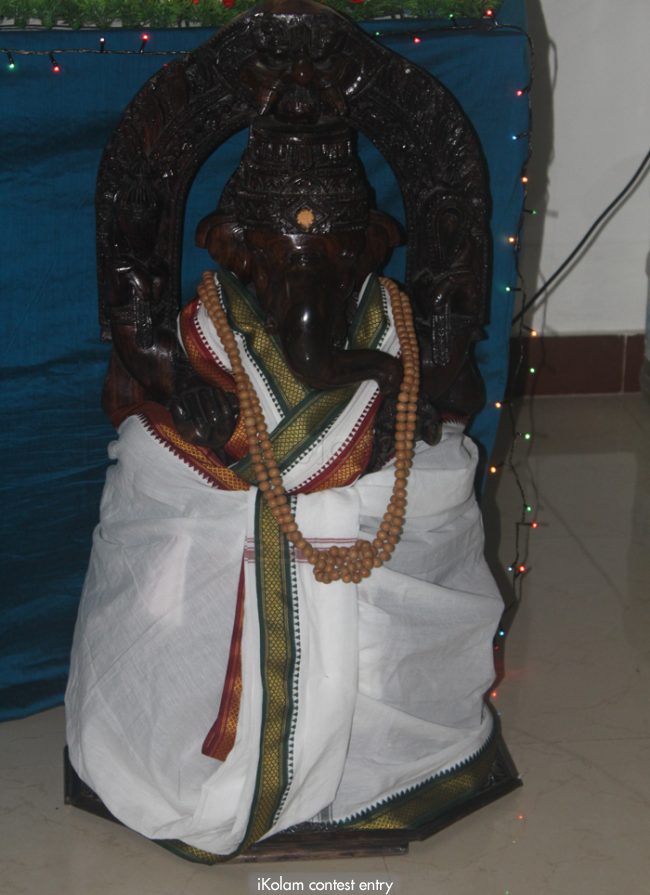 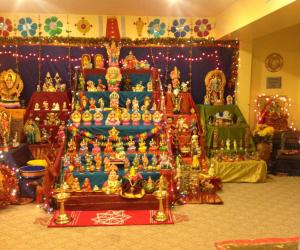 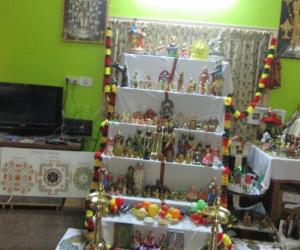 Really like the decorations on Family occaisons, especially the naming ceremony doll

Very nicely arranged golu and the andaal decor is superb

Nice theme and set up nicely!