Kolam and Rangoli share their commonality with the sand art of the native indians of America. A very complex physical and mathematical three dimensional exersise in bifurcation curve is involved in the kolam composition making it a highly evolved art from of Physics! These patterns are a bit bigger and challenging than those seen in the easy and simple catagory. 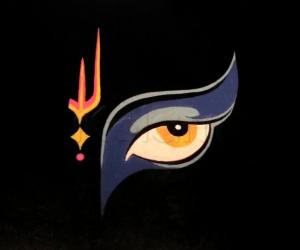 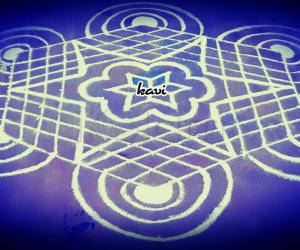 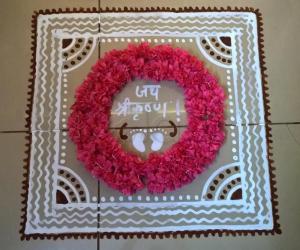 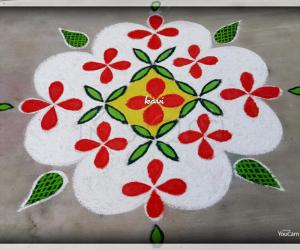 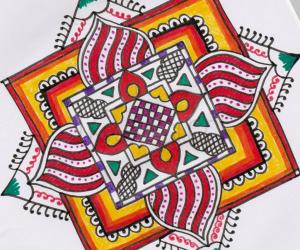 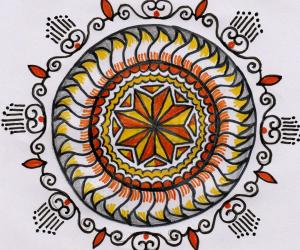 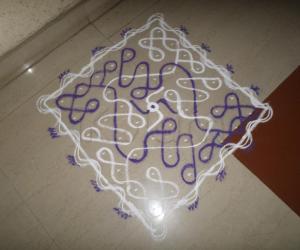 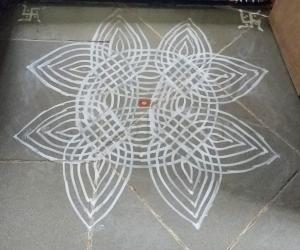 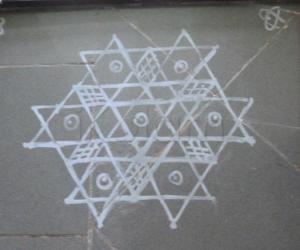 Rangoli 5 to 9 to 5: Multistar kolam by ananthiraju 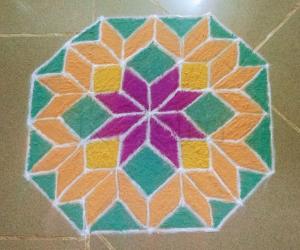